“Agnès b recalled a discussion we’d had about Lartigue some twenty years ago… Now she is hosting an exhibition that permits a new understanding of the photographer whose work she loves so.”

Presented at the galerie du jour – agnès b. from November 9 to January 7, 2018, this exhibition provides an opportunity to reveal many unknown images—more than one-third of those on display have never been seen. A selection of 130 intimate photographs from Lartigue’s oeuvre give insight into frequent questions about his life and work, pay homage to his models, and evoke the creative process of this artist who occupies a very special place in the history of photography. 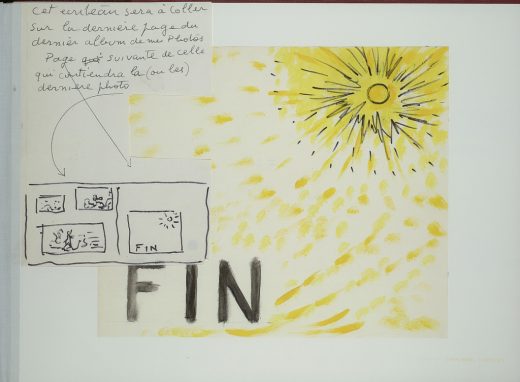 “Ever since I was a child, I have had a sort of illness: all the things that amaze me disappear without my memory retaining them sufficiently,” stated Jacques-Henri Lartigue in his diary in 1965. A sense of wonder versus failing memory and the threat of oblivion, a passion for life versus the anguish caused by the passing of time, Lartigue found, in more than 80 years of taking photographs, a tool for gleaning and collecting thousands of fugitive instants full of grace and beauty.

Struggling against the passing of time, capturing the fragility of existence, Lartigue narrated his life and, through the story he told, constructed his own persona. Working instinctively, never calculating the effect he produced, this child prodigy for whom taking photographs was as natural as breathing.

This exhibition offers new insight into Lartigue’s approach through images of his most cherished themes: his childhood; Bibi (his first wife), Dani (his only son), the model Renée Perle (one of his muses), Florette (his companion for nearly fifty years), Picasso (with whom Lartigue spent an entire day in Cannes, photographing him more than one hundred times), and ‘moi,’ self-portraits and images of his shadow.

Several pages from his albums will also be on display, along with a 3D slideshow of images selected from the 4,500 stereoscopic plates made by Lartigue between 1902 and 1928 (the prefiguration of a feature film currently in pre-production, L’enfant des profondeurs); images from 100 album pages (from 1902 to 1986); and the film Le bandit et la fée Améliot, a rare silent film by the young Lartigue at the Rouzat castle, where the family spent several months each year, during the summer of 1914.