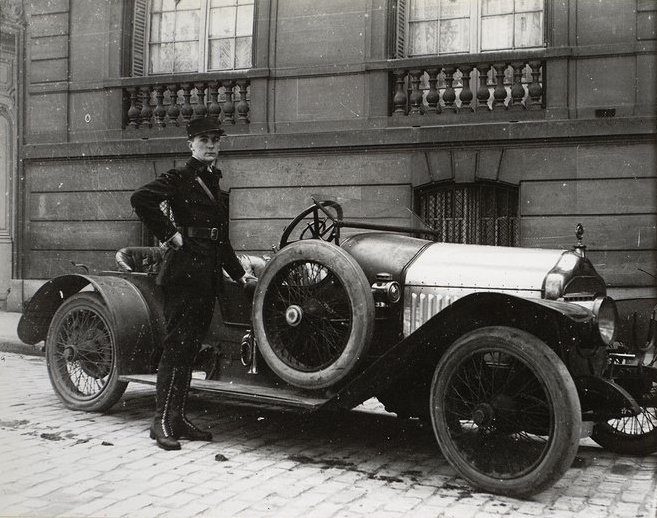 Everyday life was disrupted by war — bombings are a prime example — but it did not seem to affect Jacques’ Parisian social life.

He made reference to Paris in his January 1915 diary entry :  « War : luckily it”s not as big of a concern here ». However, the fact that he spoke little of the war doesn”t mean he was unaware of it. He seems to be in denial, protecting himself against the horror that he deemed unconceivable. In general, things that are unrelated to his perception of the world are never mentioned; war remains a faraway concept, far less tangible than his notes and albums. In 1916, he wrote : « […] It’s springtime in Paris and the war is far… far away… […]

Since these notes are not meant for others to read, I must write what I truly feel : I have no right to say I’m having fun during such an upheaval […] I do think of the war, but with a kind of mysterious glee, a feeling that we’re beyond all concerns […] »

The war was beyond him, and by no means did Lartigue ambition to act as a reporter. In a sense, he chooses to witness his own life rather than witnessing this historic period.