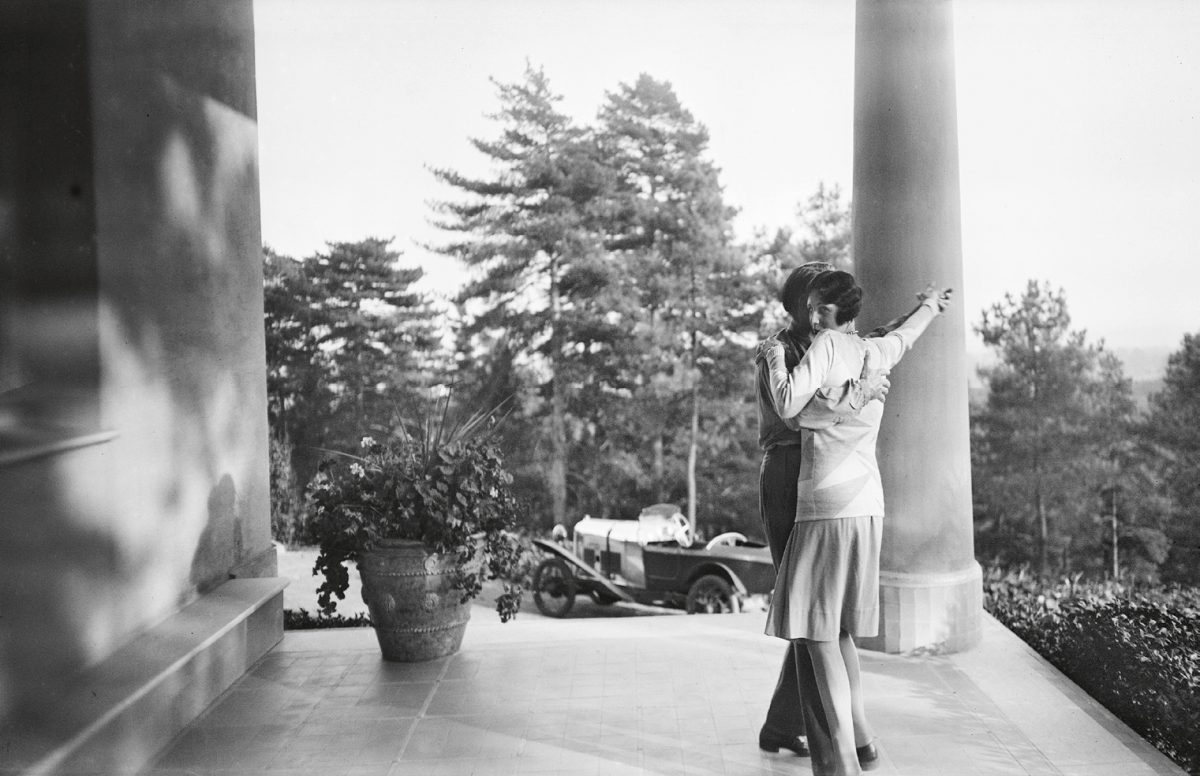 Jacques Henri Lartigue’s images spill over with the joy he felt among the family members, friends, and lovers he immortalized in his photographs. One of the most prominent figures in his photos is his brother-in-law, Dr. Pierre Boucard. From 1920 to 1930, Lartigue visited this doctor and researcher (inventor of Lactéol) on numerous occasions, both in his magnificent house in Plessis-Robinson, a former mill known as the Moulin-Fidel , or in his villa in Cannes. The two men shared a passion for photography, cars, speed, sports and painting. A fervent and cultured art lover, Pierre Boucard was a prominent collector of work by the Polish Art Deco painter Tamara de Lempicka, who created several portraits of members of the Boucard family, including Pierre Boucard himself.

This exhibition brings together some fifty photographs from the collections of the Donation Jacques Henri Lartigue, presented from September 17 to October 9, 2016 at the Maison des Arts in Plessis-Robinson (Salle Canaletto), that invite the viewer both into Boucard’s home life but also into the high-society world of the Roaring Twenties, from elegant Parisian soirées to glamorous resorts on the French Riviera.