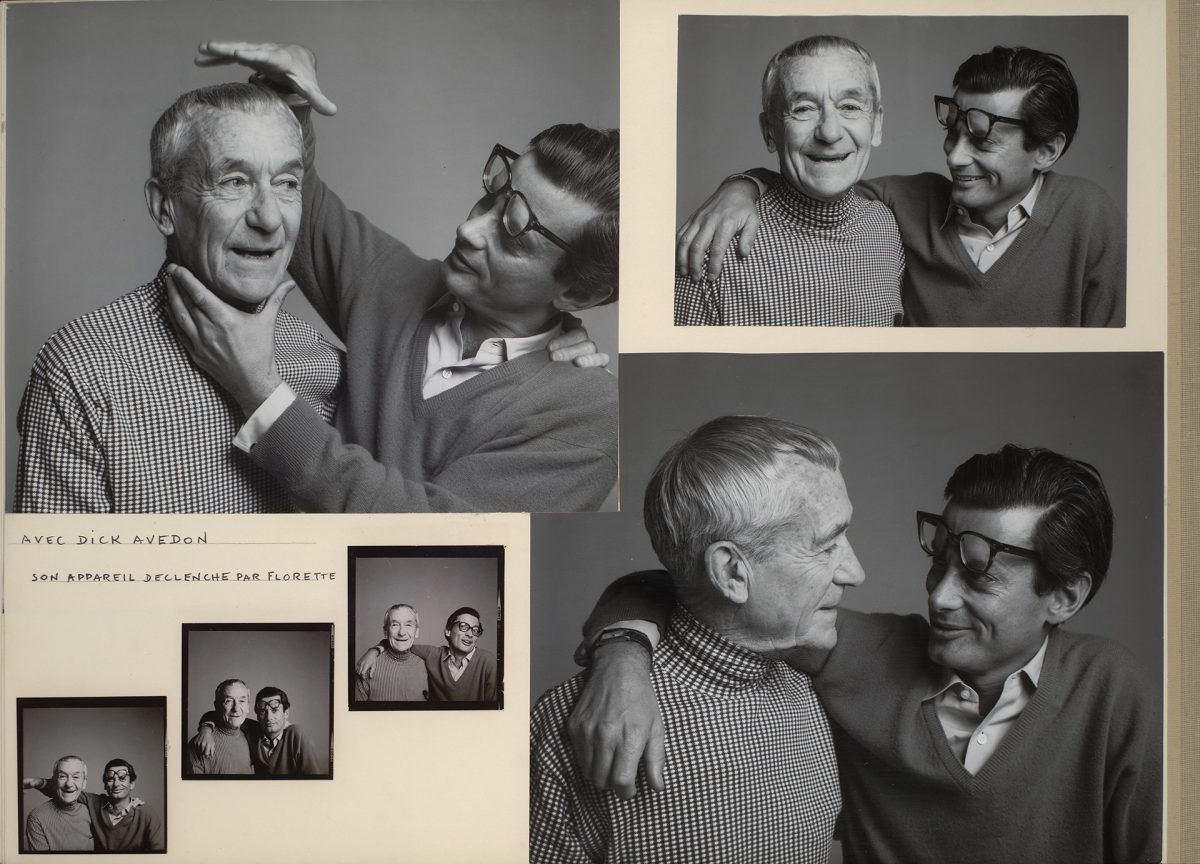 At the Bibliothèque national de France, France’s national library (François Mitterrand site) from October 18, 2016, to February 26, 2017, Avedon’s France, Old World, New Look tells the story of American photographer Richard Avedon’s deep attachment to France. The exhibition brings together nearly 200 pieces, some dating back to the 1940s, with a room dedicated to the collaboration between Avedon and Jacques Henri Lartigue in 1968, when they worked in the edition of the monograph Diary of a Century.

The two photographers met in the fall of 1966, when Jacques and Florette Lartigue, invited by Hiro, Richard Avedon’s assistant, traveled to New York. (In his apartment in the Dakota building near Central Park, they even saw a wall covered with wallpaper that had been designed by Jacques in the 1950s…).

During his stay, Lartigue spent time with the fashion photographer, a fervent admirer of Lartigue’s, whose work he had discovered in 1963 thanks to John Szarkowski, curator at MoMA: “It was one of the experiences most moving of my life. It was for me, like reading Proust for the first time,” said the American. Avedon was so enthusiastic about his work that he proposed to Lartigue that they work together making his albums and negatives into a book. For Avedon, this plunge into another artist’s work, at a time when he was in need of inspiration, was a rejuvenating experience. And Lartigue noted in his diary: “Seeing all my photos again with new eyes is exciting.” Two years later, they found themselves around the Lartigue’s dining-room table in Paris with Bea Feitler, art director of Harper’s Bazaar. Together, they edited an album of elegant and joyful images, accompanied by excerpts from Lartigue’s diary. They discovered new photos, at times cropping them, finding a rhythm for the layout, and revealing for the first time photographs taken by Lartigue after 1930. “In the short and embarrassing history of this art [of photography], Jacques Henri Lartigue appears, in my opinion, as the most penetrating photographer and one whose apparent simplicity is the most misleading,” Avedon wrote in the afterword. Published in 1970, Diary of a Century was later published in French in 1973 under the title Instants de ma vie. The story of their collaboration is told in the exhibition at the BNF through a large wall of the the book completely unbound – something quite rare in exhibitions, to show a book’s entire layout with the loose pages– as well as three original Lartigue albums, two dynamic portraits and a slide show.