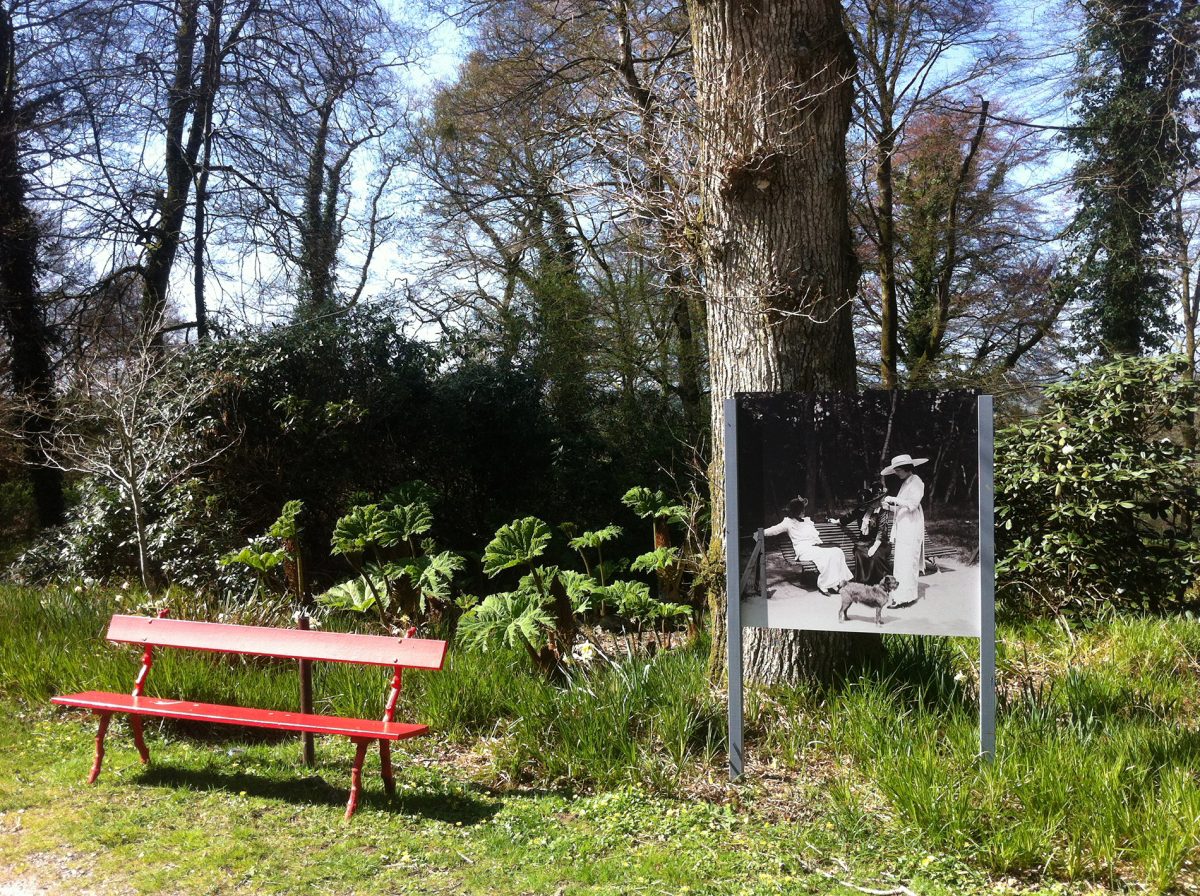 The Trévarez estate was built at the end of the nineteenth century by James de Kejégu, a rich heir of Breton nobility. This fascinating Neogothic-style château is surrounded by sumptuous botanical gardens in which numerous events take place all year. Paths meander through hundred-year old rhododendrons and camelias for visitors to behold.

After last year’s exhibit in Gacilly, Lartigue is back in Brittany. His large-format photographs are displayed in two areas:

Photographs depicting popular outdoor activities during the beginning of the last century can be seen amidst hedges and shrubs in the vegetable garden.

Along the open grasslands, a second series of photographs brings to mind the ritual of the good old-fashioned walk.

Lartigue never actually visited Trevarez, but such a place is reminiscent of the kinds of high-society vacation spots he was accustomed to.