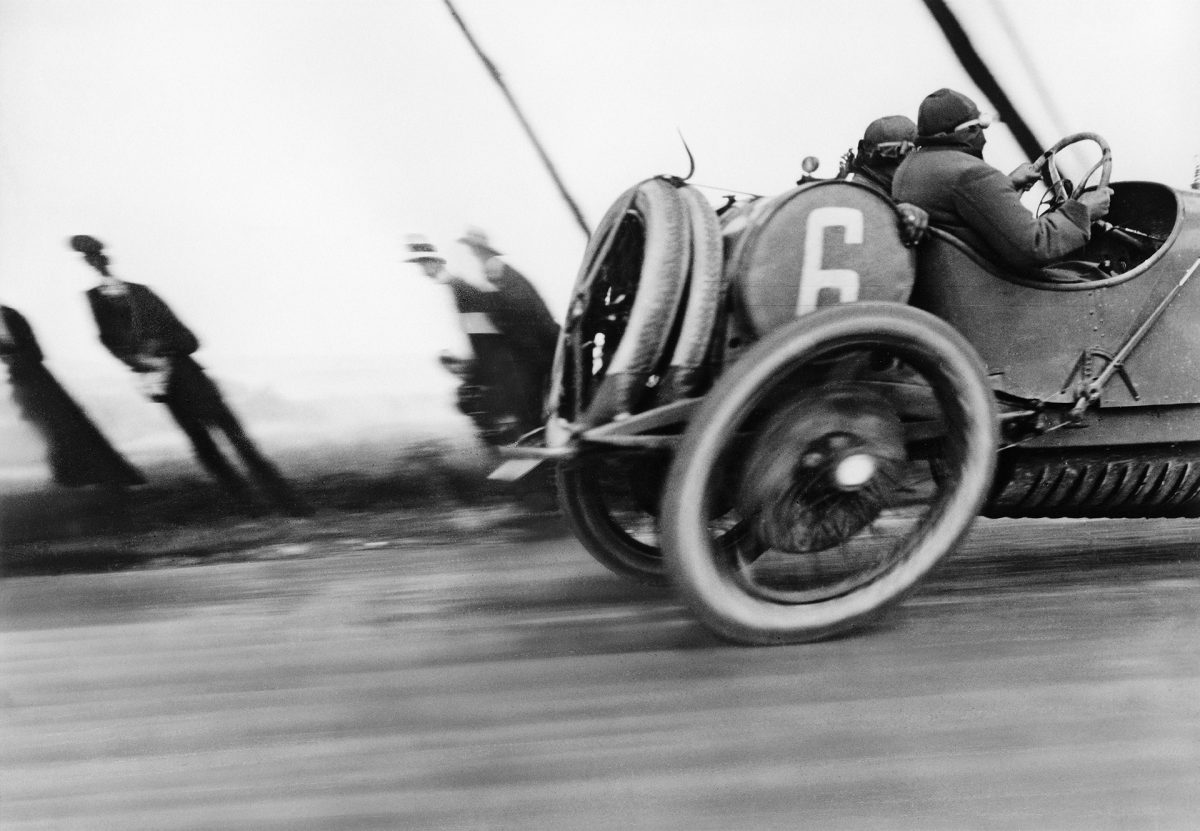 Delage Automobile. Dieppe Circuit, A.C.F. Grand Prix, Le Tréport, June 26, 1912. Taken in 1912, when Jacques Lartigue was only 18 years old, the photograph of a Delage automobile at the French Grand Prix, on the circult near Dieppe on June 26, 1912, was one of the first visual records of speed. While at the time, Lartigue thought the image – blurry, cropped, distorted – was weak, even a failure, it is now considered an icon of twentieth-century photography.

That image is now being shown in the exhibition Autophoto, from April 20 to September 24, 2017, at the Cartier Foundation for contemporary art, Paris. The exhibition, proposed by the respected publisher Xavier Barral and Philippe Séclier, gathers together nearly 500 works by 100 photographers and artists, exploring the relationship between photography and the automobile, an object of fantasy, modernity, speed, power, desire…

Lartigue’s photograph of the Delage racing car at the Grand Prix is also the subject of the essay “Panégyrique de l’accident photographique” by Clément Cheroux in the exhibition catalogue, published by Barral. The proposed image also symbolizes the upcoming Nuit de la Vitesse (Night of Speed), a round-table discussion held on June 20 by mathematician Cédric Villani as part of the museum’s Soirées Nomades program.