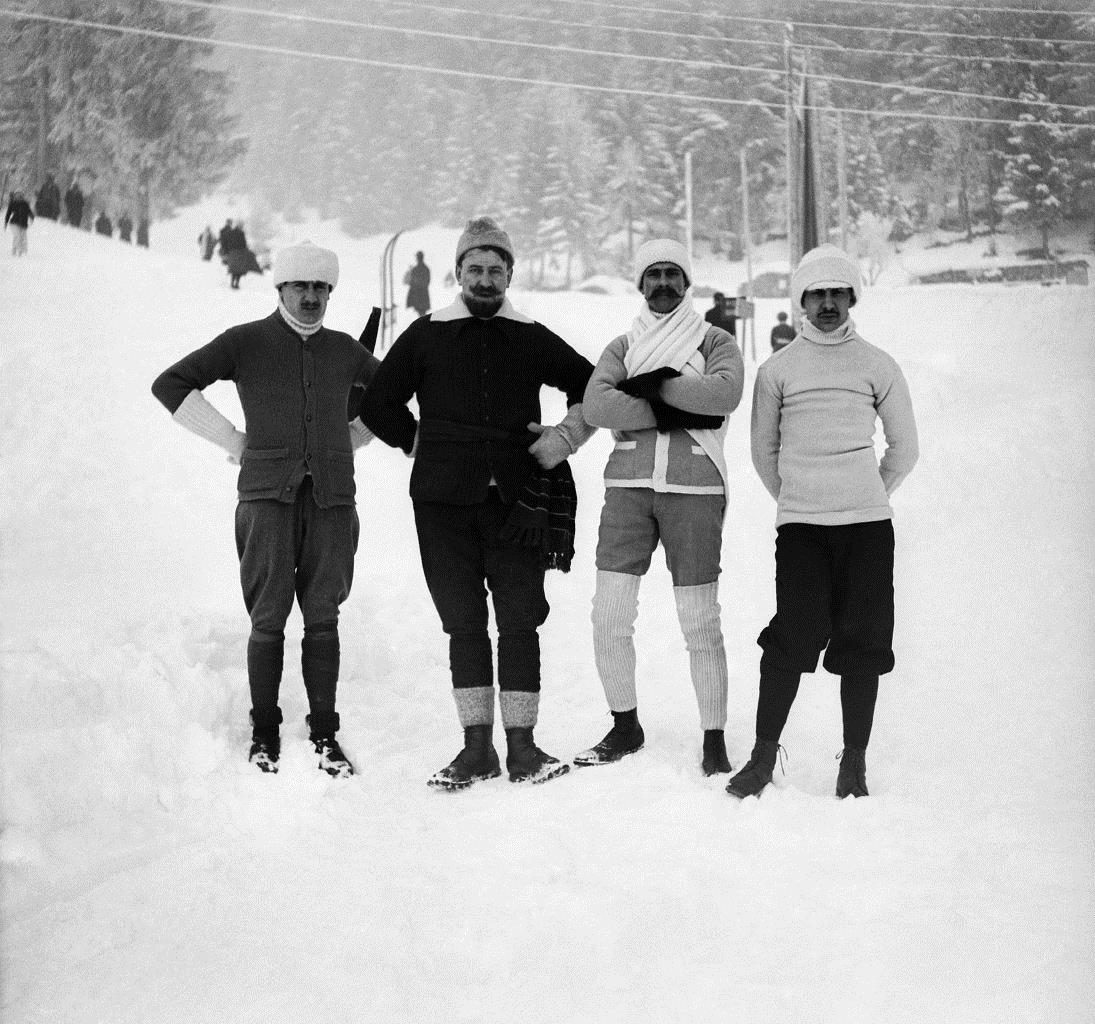 Jacques Henri Lartigue was just nineteen years old when, on vacation in St. Moritz in 1913, he experienced winter sports for the first time; from the start, he was enchanted. Lartigue, who would later be referred to as eccentric for “going towards the cold weather in wintertime,” soon discovered Chamonix and Megève, and photographed many playful scenes of skiing, luge, skating, curling, bobsleigh. As he put it, “It’s as if I were in a negative taken at night!”

Until March 4, 2017, the exhibition “Fashion Altitude, mode et montagne du 18e siècle à nos jours” at the Saint-Cécile Couvent in Grenoble, tells the history of ski clothing from the eighteenth century to the present day. It brings together iconographic works, accessories, magazines, films and photographs.

Nadine Chaboud, the exhibition curator, was largely inspired by Lartigue’s photographs when organizing the exhibition:“One of my collaborators was struck by her discovery in the Roger-Viollet archives, that photographers from the 1920s were interested in mountainwear. As for me, I was deeply affected by the book Lartigue: A Sporting Life, the collection of Jacques-Henri Lartigue’s photographs. Lartigue was amongst the first tourists to participate in winter sports. The question we asked ourselves in organizing the show is how, starting from nothing in terms of ski wear, we managed to get to where we are today.”