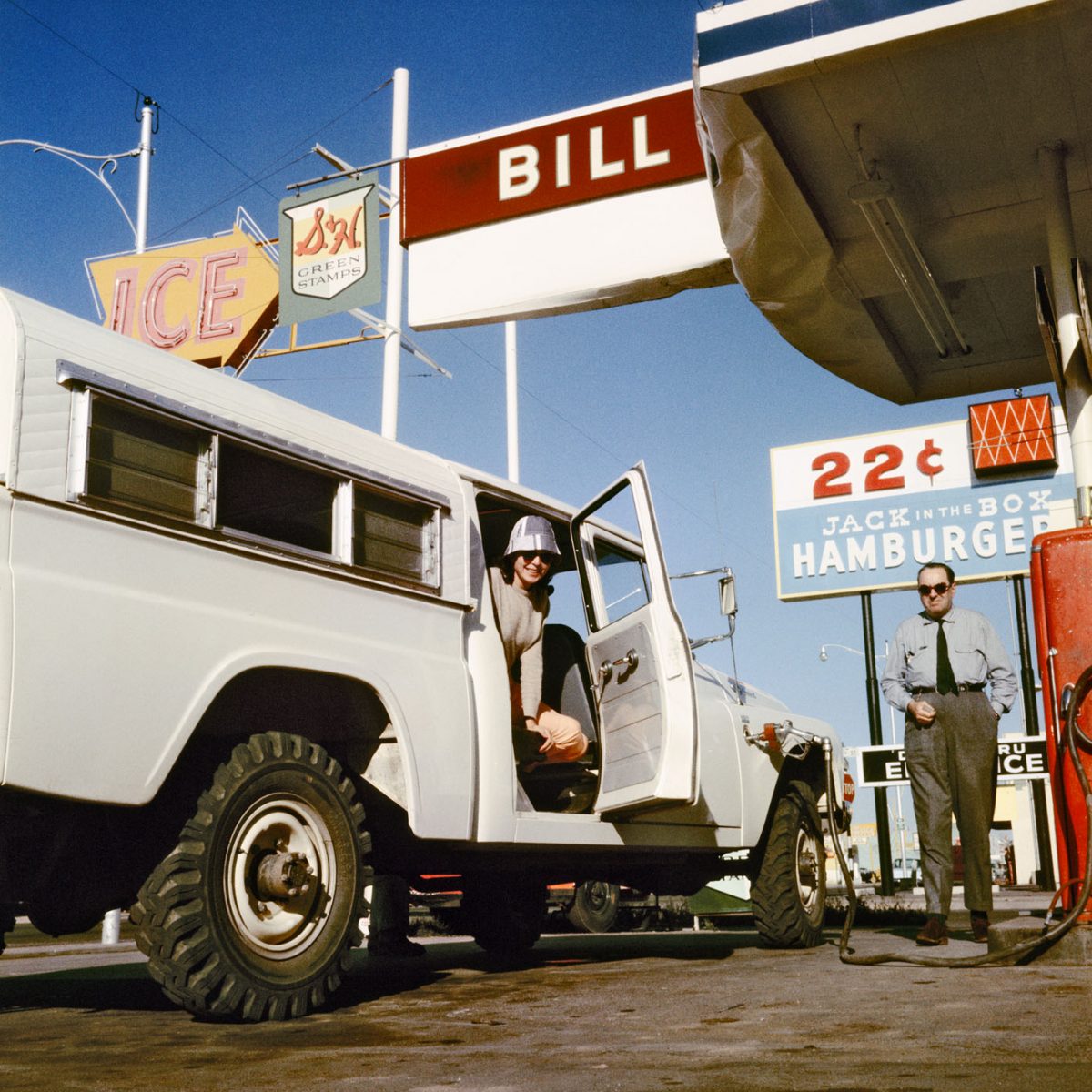 In 1962, Lartigue sailed to America for the first time; fascinated, he even hoped to settle there. Poor and free, Jacques and Florette chose a freighter that would take them to Los Angeles. From there, they planned to discover the California desert, but due to problems with space on the boat, they were forced to stop in New York. On the advice of Raymond Grosset, the director of Rapho-Guillumette agency in Paris, they went to see Charles Rado, the agency’s founder, who was based in New York. During their conversation, Florette shows a small album Jacques had made during the long hours of travel. Used to such proposals, Rado thought he was about to look at the images politely, without interest. But to his amazement, he realized right away that he had a unique artist in his midst and offered to help him. A few hours later, having recounted his “discovery” to his New York connections, he called Lartigue to announce that the offers were pouring in: Life magazine and Car and Driver wanted to present portfolios of his work; John Szarkowski, the young director of the photography department at the Museum of Modern Art in New York, was very excited and proposed an exhibition on the spot. The same evening, Jacques and Florette were invited to dinner by the famous art director of Harper’s Bazaar, Alexey Brodovitch. Lartigue’s reputation had already been heard throughout the city, and Jacques wrote in his diary: “All New York is talking about me! And about what? My photos! This is so unexpected …” Less than a year later, in July 1963, the MoMA in New York inaugurated its exhibition. The public, fascinated, discovered Jacques’ first photographs: ladies from the Bois de Boulogne, auto racing from the 1910s, aviation pioneers.. These images, made before 1914, were seen as an antidote by Americans who were increasingly suffering from the harsh economic climate. They adopted with passion this idealized childhood. At around the same time, Life magazine devoted a portfolio to Lartigue’s pictures of the Belle Epoque that were seen around the world. To his astonishment, Lartigue the dilettante who considered himself a painter became overnight one of the great names in twentieth-century photography.