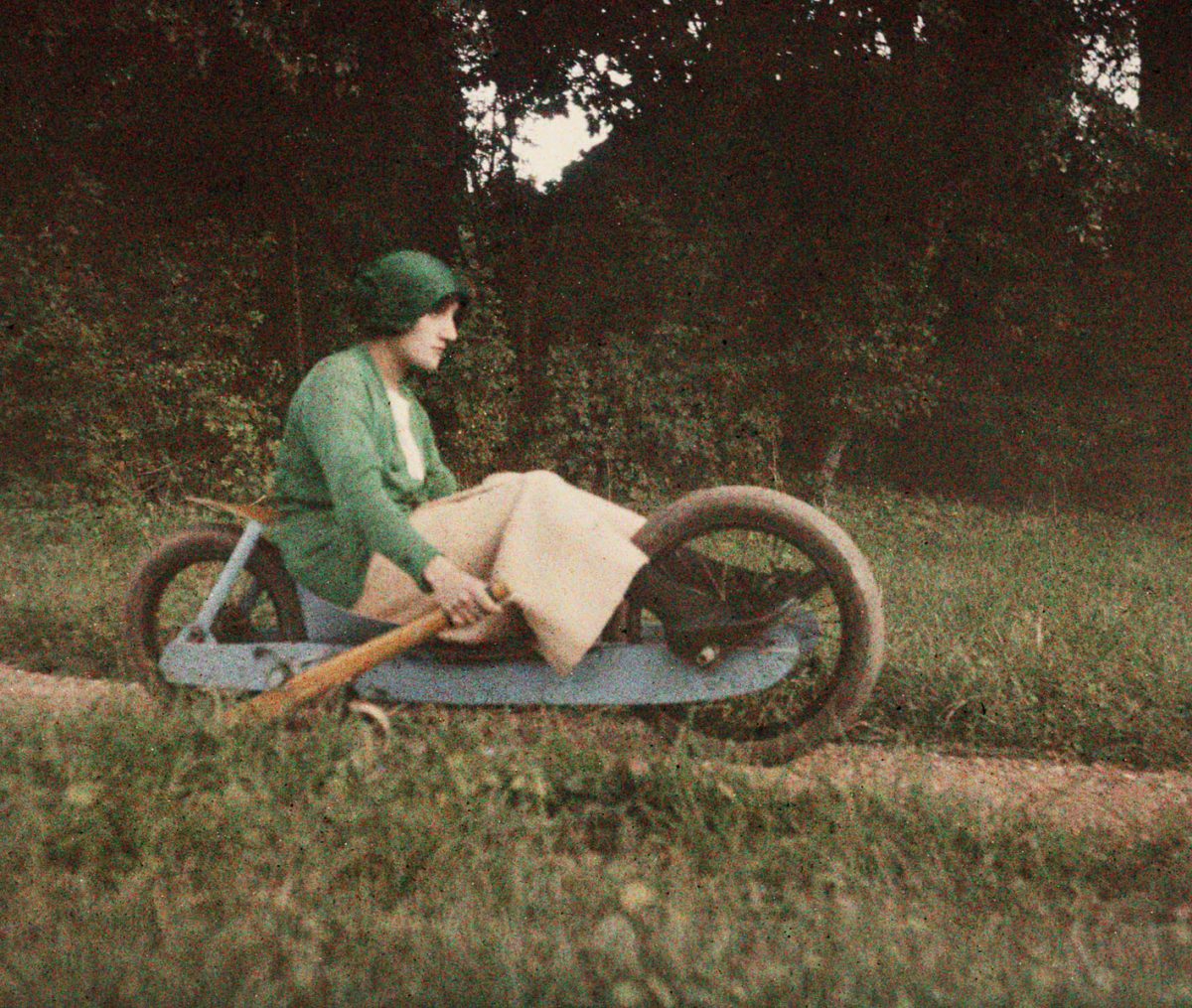 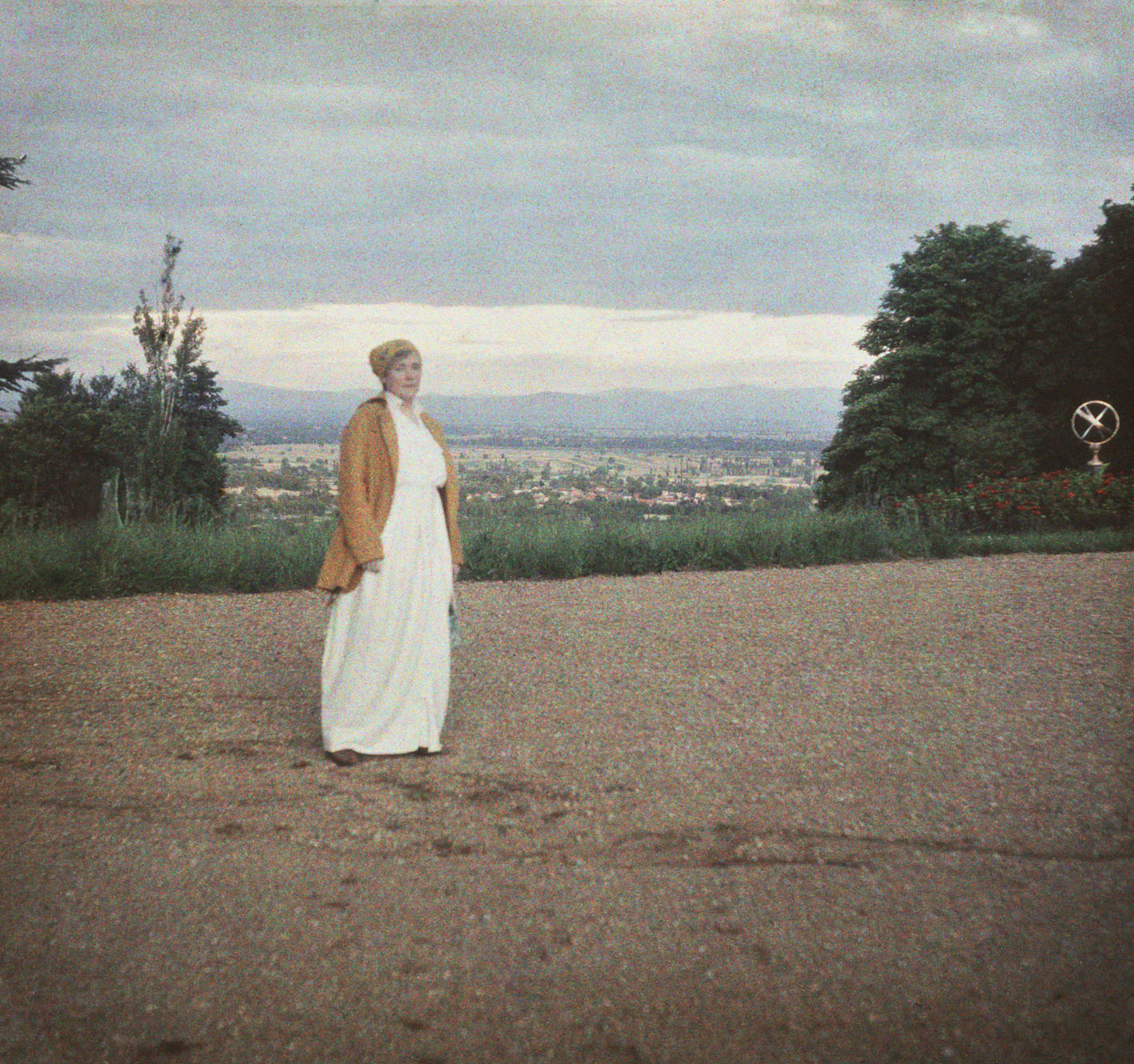 To his great excitement, Lartigue discovered color photography at the age of 17, first through the technique invented by Lippmann, and later through another marketed by the Lumière brothers, Auguste and Louis. “Monsieur Aubert [my math teacher] showed me a color photo! I nearly became dizzy thinking about my photos. If only I could make them that way… “.

The following year, he did just that: he took his first photographs with his Nettel 6 x 13 Autochrome camera. “Before, whenever a photograph was too pretty or the weather was too beautiful, it almost made me sick, with a mixture of wonder and desperation. But this morning I have color plates, ‘Autochromes.’ I set up my tripod and my camera in front of the large, motionless trees in the blue haze, and I’m happy! As well as completely calm … ” (Diary, July 1913).

But his happiness at being able to “seize color” was mitigated by the weight of the device, which requires a relatively long exposure time and therefore the use of a tripod. Lartigue abandoned the Autochrome process and stopped taking color images in 1927, taking it up again when newer color techniques appeared in the 1950s.