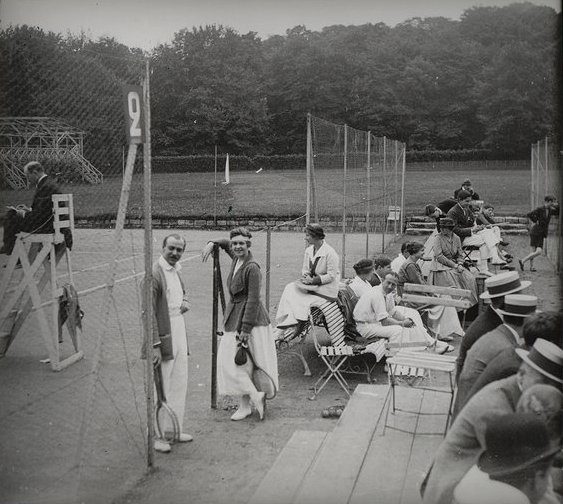 In 2006, the French Tennis Foundation and the Donation Lartigue organized an exhibit of Lartigue’s sports photographs entitled “L’art du fugitive – tennis et mouvement 1905 -1929.” Eight years later, as part of commemorating the hundredth anniversary of the First World War, the FFT presents “Lignes de Front – le tennis en 14-18,” an exhibition paying tribute to 12 of the most famous tennis players of the time – among them, Anthony Wilding, Max Decugis, Jean Borotra –- who were left for the war, some of them never to return. Photographs and memorabilia retrace the lives of these sporting greats, and shed light on the world of professional tennis at the time.
A tennis lover and himself an excellent player – he used to say his sharp eye came from the instinct and quick reflexes he learned playing tennis – Lartigue knew these champions well, and filmed and photographed them in training and in competition.